CLICK HERE for the special US Soldier Edition of ‘Twas The Night Before Christmas!! 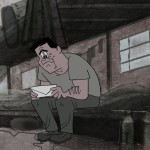