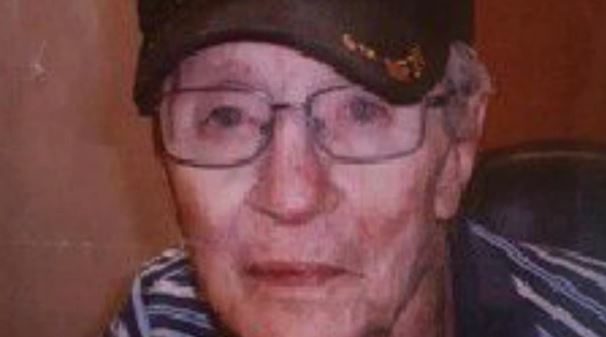 Staff Sergeant Kelly Foster of Pearland, Texas served in Iraq to protect his community, and now, that same community is rewarding him.

Foster purchased a classic 1965 Ford Mustang after his first tour of duty in 2005. The car, which quickly became his pride and joy, was expensive to restore. He could only afford to purchase one or two parts at a time.

When a pair of local car enthusiasts heard Foster’s story, they decided to chip in. Unbeknownst to Foster, Margaret and Timor Martin gathered enough money for $20,000 worth of repairs on the Mustang.

The Martins both come from military families and feel it’s important to show respect for troops.

Margaret said it was a community-wide effort to raise the funds.

We got some friends of ours together and everyone pitched in…We wanted to kind of pay it forward for someone who has served this country.

When the car was complete, Pearland residents gathered to surprise Foster with the impeccably repaired car, which he thought he was picking up after one or two minor repairs.

In response to the generous gift, Foster, who grinned from ear to ear, said he was “speechless.”

Justus “Jay” Belfield donned his Army uniform every Veterans Day without hesitation. But, for the 98-year-old WWII and Korean War veteran, last Tuesday would be his final chance to celebrate the country he served for 16 years.

Belfield passed away Wednesday morning, alongside his wife and family members at Baptist Health Nursing and Rehabilitation Center in Scotia, New York.

Although he’d been too sick to enjoy the Veterans Day activities, Belfield wore his uniform in bed.

The veteran, who served at WWII’s Battle of the Bulge and the Cold War’s Berlin Airlift, was fiercely patriotic until the end.

On September 11 of this year, he stood through the entirety of “God Bless America” while in uniform.

Due to ailing health this past October, Belfield was forced to turn down an invitation to view Washington, DC’s WWII memorial alongside fellow veterans of the war.

Belfield moved into Baptist in April of 2013 to be closer to wife, Lillian, who was already a resident.

He reportedly never let his good cheer falter, greeting fellow nursing home tenants with the honk of a horn attached to his walker.

He just had such a spark for life. He taught me no matter how old you are, you keep going, you put a smile on your face and you just appreciate every day, because that’s what he did.

Thank you everyone for your kind words. My grandfather was very proud to have served his country. Our family is sad of his passing, but we know he is with the Lord now.

To date, an image of a uniformed Belfield saluting from his nursing home bed has been shared over 100,000 times from local news network WTEN’s Facebook page.

Dozens of veterans, young and old, have posted images of themselves saluting Belfield in return.

Meet Justin Anderson, a veteran of the Iraq war and cancer survivor who turned his specialized off-road wheelchair into a snowplow as a way to give back to his community. From the UPI:

Justin Anderson, an Iraq War veteran living in Bellevue, was given an off-road wheelchair by the Independence Fund charity to help him get around after his leg was amputated, and he decided to use the gift to help others in his community.

“I don’t want kids or parents having to go through the snow and possibly trip or hurt themselves,” Anderson told WOWT-TV. “I had a half-dozen people stop to take a picture because they hadn’t seen a chair like this before.”

Anderson told KMTV in Omaha, Neb. that he did so to “inspire other veterans” who have similar issues:

“I want to help inspire other veterans with mobility issues. There are still things you can do that you thought you might not be able to do after your injury.” 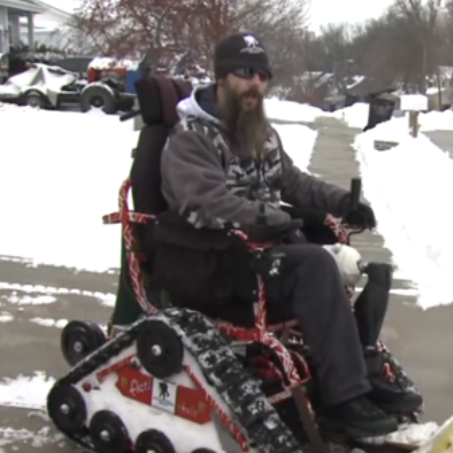