Retired U.S. Marine Brian Aft was in a dark place after losing both his legs to an IED in Afghanistan.

After going through countless surgeries, Aft turned to heroin when he realized the pain wasnt going away. In time, he became severely addicted.

One day, as he was heading through a parking lot, a dude the size of an NFL linebacker started running toward him. “Youre gonna get robbed,” Brian remembered thinking to himself.

Turns out the dude was an NFL linebacker David Vobora. He had noticed Aft’s injury and apparent addiction and all he wanted to do was ask what happened.

Little did Aft know that the question would change the course of his life forever.

Vobora always understood the importance of fighting back.

Picked dead last in the 2008 NFL draft, Vobora has the distinction of being that years Mr. Irrelevant. But he clawed tooth and nail and eventually became the first rookie Mr. Irrelevant to start a game in over a decade.

Then in 2011, a devastating shoulder injury derailed his NFL career. Vobora played through the pain until the end of the season. But he developed a serious pain-pill addiction along the way and decided to check himself into rehab. 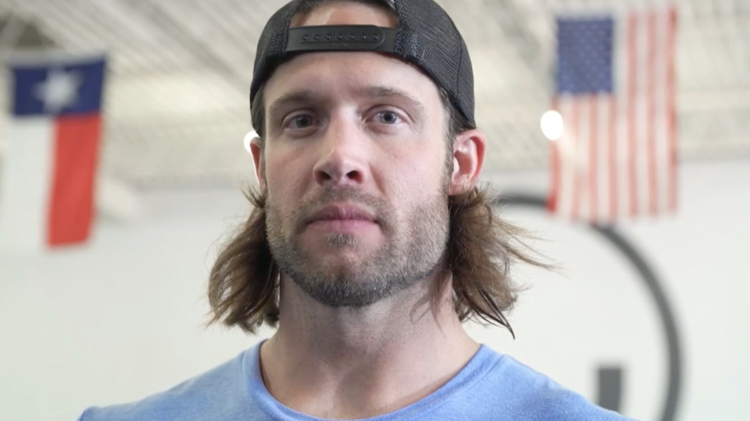 After going through an intense detox, Vobora started training again. But his drive to play professional football diminished. Thats when he decided to retire. It scared him; football was all he’d ever known.

With the odds stacked against him once again, Mr. Irrelevant found a way to make it work. He moved to Dallas with his family and decided to help other elite athletes at his very own training facility the Performance Vault.

Mills is one of five living veteran quadruple amputees from the wars in Iraq and Afghanistan. He, like Aft, was injured by an IED while on patrol. 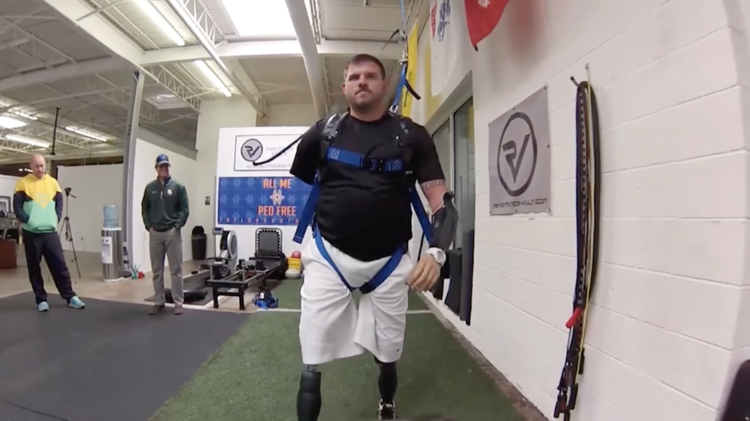 From the moment Vobora saw him, he was drawn to him. “When was the last time you worked out?” Vobora remembers asking.

“Im sorry. I dont want to make you feel like an idiot, but I dont have arms and legs,” replied Mills.

That didnt matter to Vobora. He didnt see Mills as an Army vet who’d lost his limbs in battle. He simply saw him as a person who had a body. And as Nike co-founder Bill Bowerman once said, “If you have a body, you are an athlete.”

Vobora and Mills got to work. And then they worked some more.

It didnt matter that Vobora had zero experience training someone with Mills condition. All Vobora wanted to do was help Mills see what he was capable of.

In time, Mills began to thrive.

Thats when Vobora realized that no gym he knew of was providing the kind of work that they were doing. What about the other people whether vet or civilian who had their own physical disabilities?

“Theyve sort of been sidelined,” Vobora says. “They fall into the rehabilitation process, but eventually insurance ran out, cash ran out, and where do they go, right? Where do they go to be apart of a collective group that has this community and this ability to push each other?” 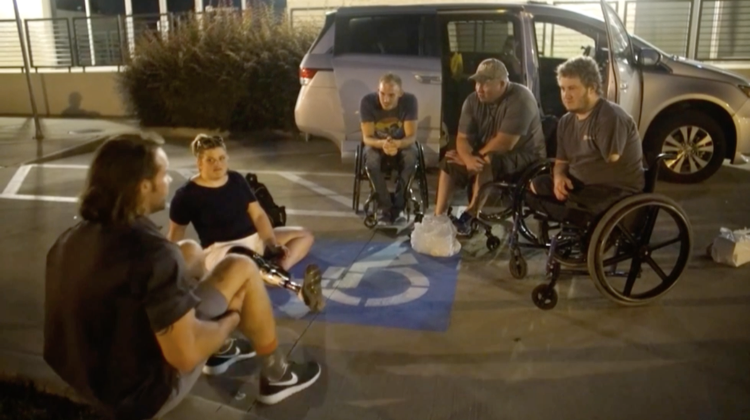 Its a nonprofit designed to empower people with disabilities and restore their confidence through athletic movement. By customizing their plan to what each person can do, theyre able to establish a solid training foundation that has the potential to redefine their physical limits.

This is how men and women like Aft were able to change their lives for the better.

The morning after meeting/getting scared by Vobora, Aft came into the gym and started working out.

He came every day for the next three months.

And he trained alongside other incredible athletes.

All of them were pushing themselves to the absolute limit.

No doubt they did things they never would have done at a normal therapy session.

More than just muscle, the foundation is building a stronger sense of purpose into each and every person it trains.

“They make you stronger,” explained Aft. “They instill some insane confidence and self-worth back into you. Not just that, theyre giving you something to do, a place to be, a little sense of community with everybody.” 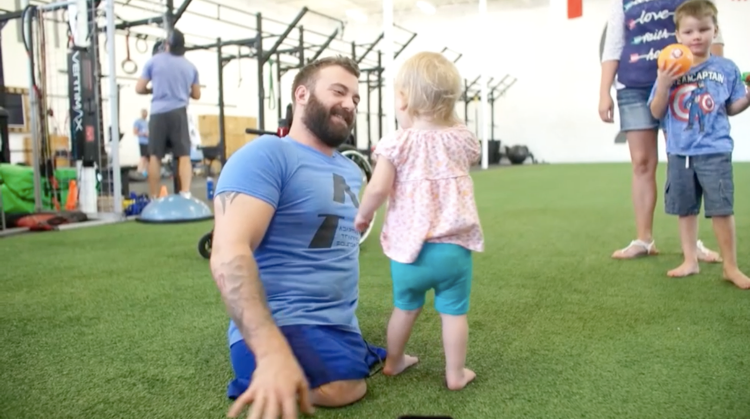 At the end of the day, what sets Vobora apart as a trainer and mentor is his ability to make everyone feel equal, regardless of disability.

Because of the program, these athletes are able to shatter barriers they thought were set in stone. But you know what? They powered right through, lifted that dang stone, and hurled it as far away as humanly possible.