“We broke the country, and we do need to fix it. But we need to do it without risking more men’s and women’s lives.” 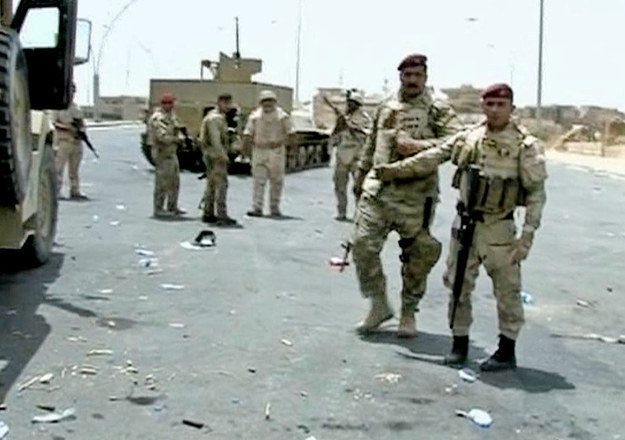 WASHINGTON — The veterans who served in the last war in Iraq and are now seeking Democratic votes in 2014 have been warning their fellow Democrats this week.

They say even limited steps that put U.S. military forces back in harm’s way in Iraq would be a big mistake with ramifications for the future of Middle East foreign policy — and the Democratic Party’s credibility with its progressive base.

“If we have airstrikes, we’ll kill as many civilians as we do fighters. And that’s not right or effective,” said Seth Moulton, a former Marine Corps officer who led forces into combat during four tours of duty in Iraq. “We need to engage this problem. But it needs to be political engagement that comes first.”

Moulton is out of the Marines and running for Congress in Massachusetts, mounting a primary bid against Democratic incumbent Rep. John Tierney. Moulton’s campaign has been endorsed by former Iraq War commanding Gens. Stanley McChrystal and David Petraeus, but Moulton is quick to say unprompted that the war all three men served in “was a mistake.”

More military engagement in Iraq would be doubling down on that mistake, he said.

“You have to make decisions in the present; you can’t just make decisions based on past mistakes,” Moulton said. “But that doesn’t mean we can ignore the past. We have to be very thoughtful about the long-term effects of our actions.”

Progressives have warned the White House in recent days that a new engagement with Iraq could divide the Democratic base ahead of the 2014 elections, turning the anti-war left against Obama (who in 2008 was the movement’s champion). Moulton said a Democratic split over Iraq could be in the cards if Obama goes ahead with military action.

It’s a sentiment shared by Ruben Gallego, a former enlisted Marine and Democratic member of the Arizona state legislature. He’s running in an open Democratic-leaning seat, and has taken a strong stance opposing new military action in Iraq. He said he’s watching the run-up to new military action in Iraq, strongly favored by many advocates of the last Iraq War, in disbelief.

“It’s like a horrible sequel to a horrible movie,” he said. “The people that caused us to launch the invasion of Iraq are coming out for the after vaudeville show and trying to basically recuperate their reputations with further potential bloodshed. It’s ridiculous.”

“The men and women who died on the errors of these men and the hubris of these men should never be forgotten,” he continued. “To think that they have any kind of validity in Washington or in the media in terms of their opinion when it comes to Iraq is absolutely sickening. It would be like asking Bernie Madoff to give advice on how to reform Wall Street.”

Moulton says airstrikes are a bad idea, full stop. Gallego said it’s possible to use military assets in Iraq, but the bar he set for military action was very high.

“[Obama] has to prove that there’s an absolute national interest in us getting involved and that Iraq cannot handle it themselves,” he said. “He has to prove that it will be done with minimal impact to the United States military in terms of putting actual people in harm’s way and also, at the same time, the Iraqi people. We cannot engage in another war where civilians are killed because it’s only going to cause more of a problem.”

Both Democratic vets favor a political, non-military solution to the current chaos in Iraq — a solution that is a difficult one to see — and insist that military intervention will only cause long-term problems. Moulton and Gallego say Obama needs to consult with Congress before taking military action, but they’re not entirely sure that Congress is all that helpful when it comes to war.

“They’re completely out of touch. We’ve never had fewer veterans in Congress in our nation’s history,” he said. “And there are very few people in Congress today who have any first-hand knowledge or experience with the Middle East.”

“Statistically, that means we’re more likely to go to war,” Moulton said. “Which shouldn’t be hard to understand. Veterans understand the costs. And it means that when we have to make very difficult decisions about places like Syria, Iran, and Iraq, we don’t have as many people in Congress with the background or experience to make those decisions wisely.”

Moulton and Gallego are Democrats running in blue states, where taking an anti-war stance is an easy move for a candidate to make. But some of their concerns about new military action in Iraq are shared by Sen. John Walsh, a Montana Democrat and Iraq War vet appointed to replace Democratic Sen. Max Baucus, who retired. Walsh is in one of the toughest races in country and on Wednesday he took to the Senate floor to urge Obama and Congress to use caution before engaging in new military action.

“America cannot afford another Iraq financially or the human costs that are associated with war,” said Walsh, who earned a Bronze Star after leading his regiment from the Montana Army National Guard in Iraq. Though Walsh didn’t expressly warn against airstrikes, he called on members of Congress itching to put forces back into battle in Iraq to slow down before it’s too late.

“I think that too many of my fellow members of Congress are too abrupt and think too quickly about what we should do in Iraq,” he said. “I think they need to take a a step back and think about the impacts, the second and third order effects of continuing to send our men and women over to Iraq.”

Not all Democratic Iraq War vets are speaking out. Staff for Illinois Rep. Tammy Duckworth, who was severely wounded serving as an Army helicopter pilot in Iraq, did not make her available for an interview. Hawaii Rep. Tusli Gabbard, who served in Iraq, said this week about airstrikes, “Not only will they not be effective, they will actually be counter-productive” because “they will strengthen this Shiite-led government in Iraq, which is a puppet government for Iran, and will strain those tensions and further entrench us in what is a generations-old civil war.”

Obama has ruled out ground troops in Iraq. But just about everything else — including unilateral military action without a vote in Congress — is still on the table. In a meeting with top congressional leaders at the White House Wednesday, Obama reportedly said the options he’s considering don’t need congressional approval.

Meanwhile the White House has been explicit in keeping military options on the table.

“The only thing the president has ruled out, and I want to be clear here, is sending U.S. troops back into combat in Iraq,” White House Press Secretary Jay Carney said at Wednesday’s briefing. “But he continues to consider other options.”

To veterans of the last Iraq War who politically side with Obama, the continued focus on military options is missing point of the the legacy of Iraq War, Gallego said.

“We have to be engaged in Iraq in one manner or another. But we need to be doing it in a constructive manner,” he said. “We broke the country, we violated the Powell doctrine, and we do need to fix it. We need to do it without risking more men and women’s lives, and also to create a sustaining, long-lasting democracy that is accepting of all the tribes and cultures of Iraq.”

Iraq War veteran and wounded warrior J.R. Salzman has been a vocal critic of President Obama’s handling of the situation in Iraq so far:

A Twitter user with a bio claiming he’s a veteran, Hillary 2016 supporter and wants people to “get covered” made this vile remark:

What a horrible, disrespectful thing to say.

The remark sparked support for Salzman and anger toward the tweeter: