Bikinis and mini-skirts may be commonplace in the Western world, but the Middle-East is a slightly different story. Countries like Saudi Arabia and Iran enforce strict modesty laws on women in keeping with Islamic tradition, and prohibit any skin other than the face and hands from showing. These restrictions even apply to Britney and Madonna, as it turns out.

Wearing sexy, revealing clothing is a great way to sell pretty much anything in North America. When these steamy images make their way into Islamic territories via media and advertisements, however, they’re required to be toned down before they can be released to the public. In most cases, religious police in charge of censorship – known as mutaween – just take a big old Sharpie to Mariah’s midriff or Shakira’s shoulders. Recently, however, they’ve started to get a little creative with Photoshop, and even made headlines last week for replacing a woman in a pool ad with a beach ball. A+ for effort!

Check out the best, the worst, and the funniest edited images for sensitive audiences below, and just try to tell us that J-Lo isn’t totally rocking those permanent marker pants. 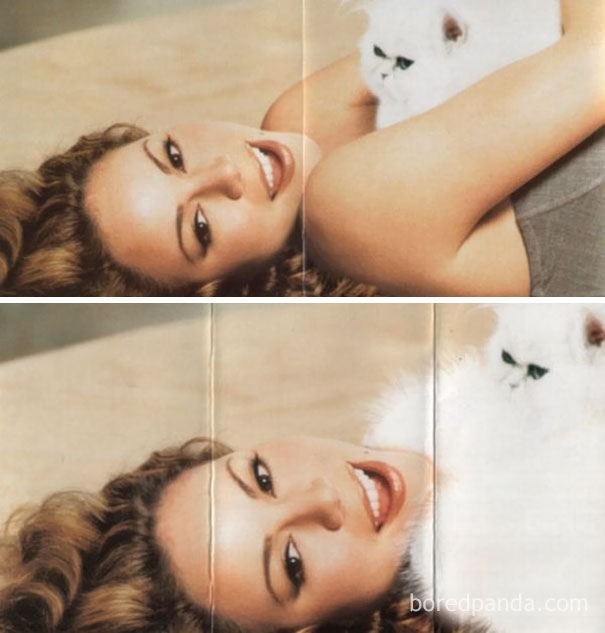 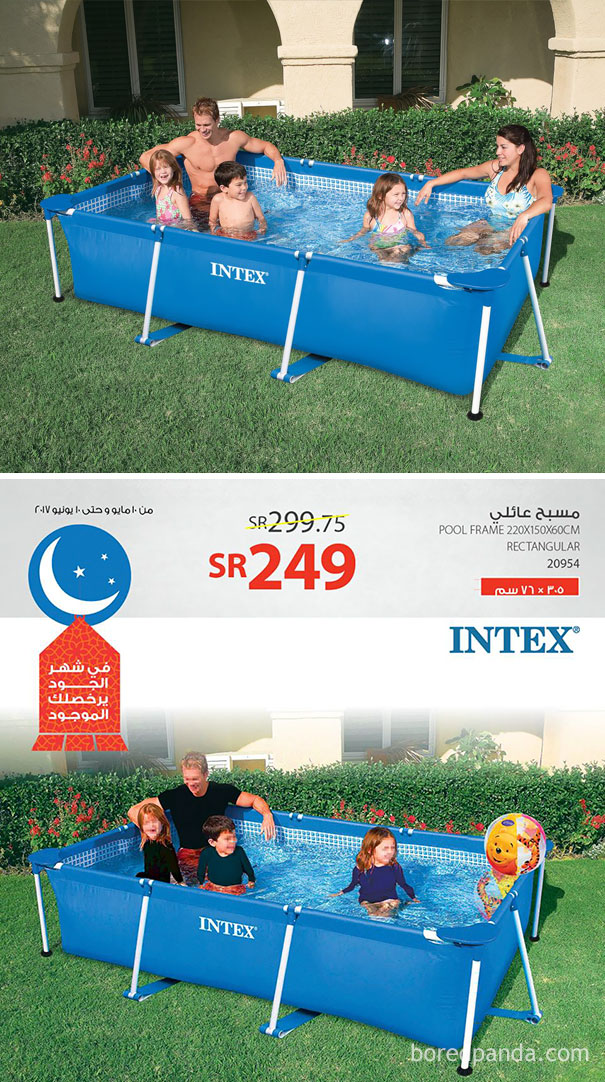 #6 Britney Spears – Oops!…I Did It Again 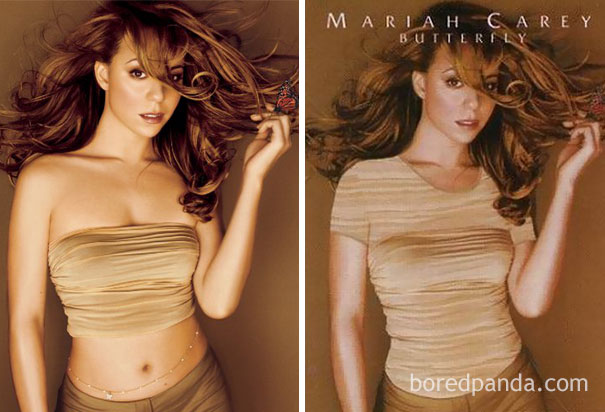 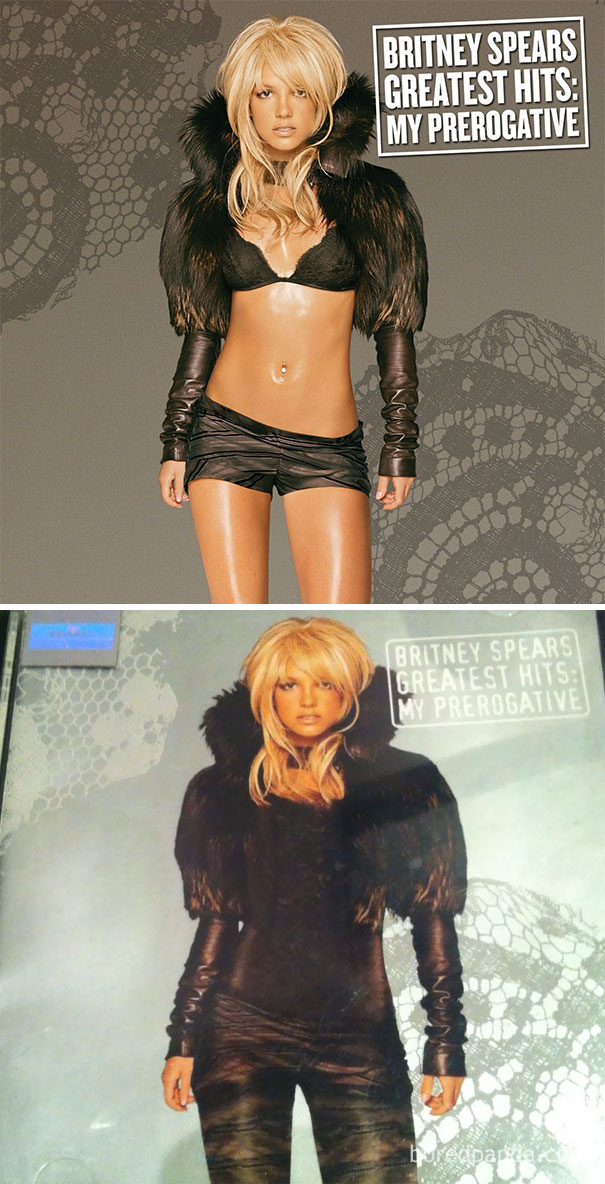 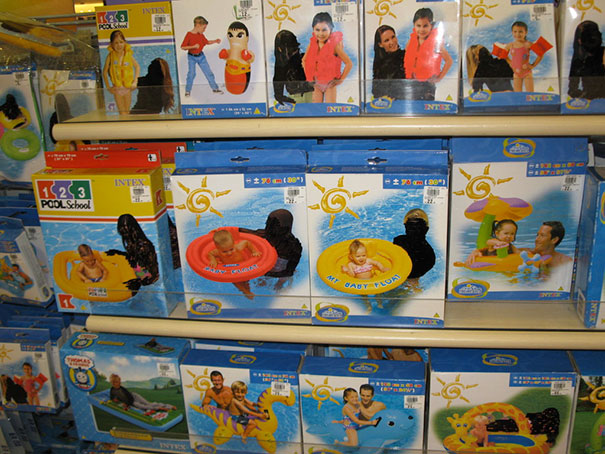 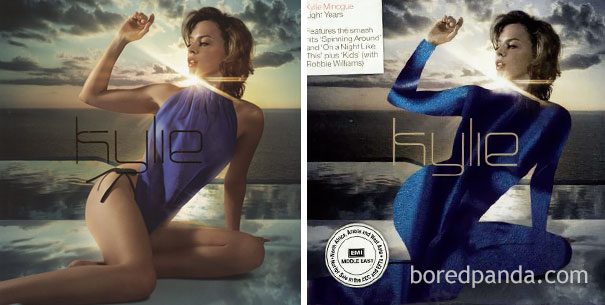 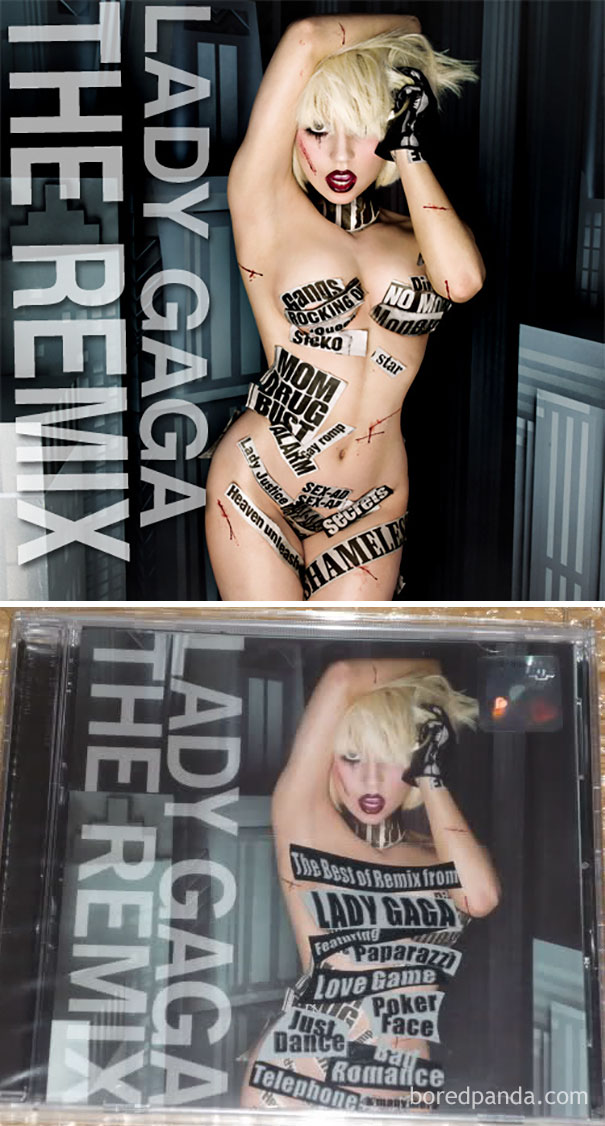 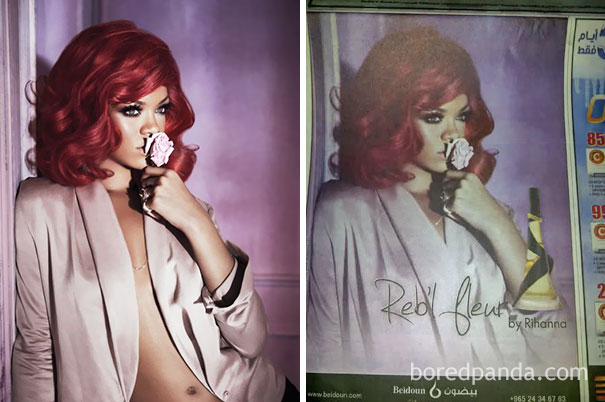 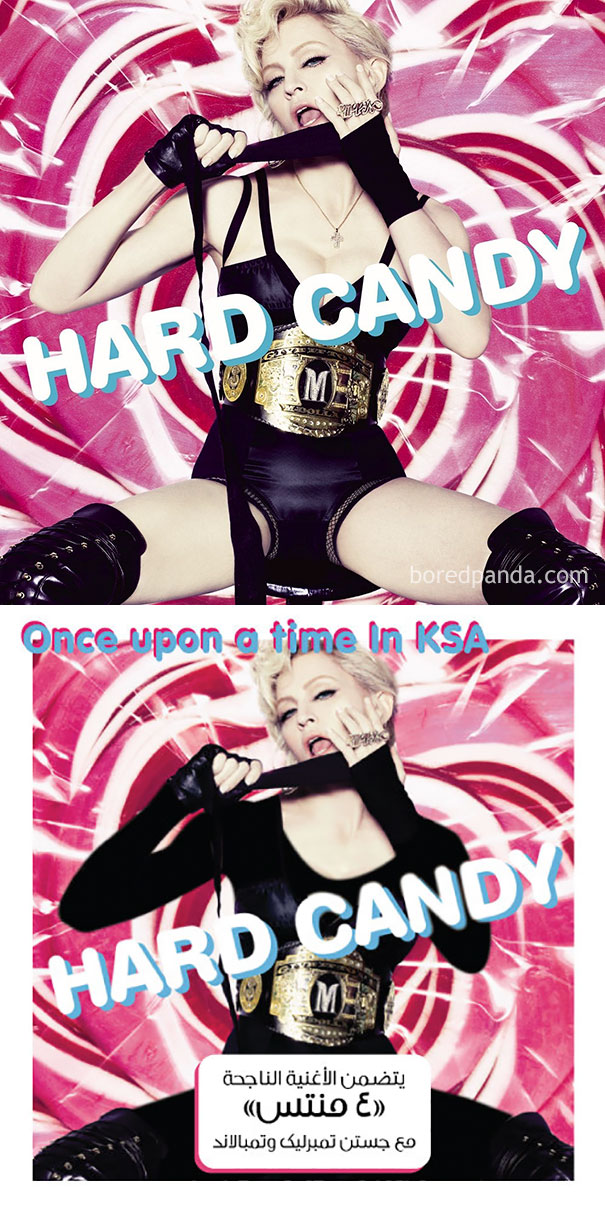 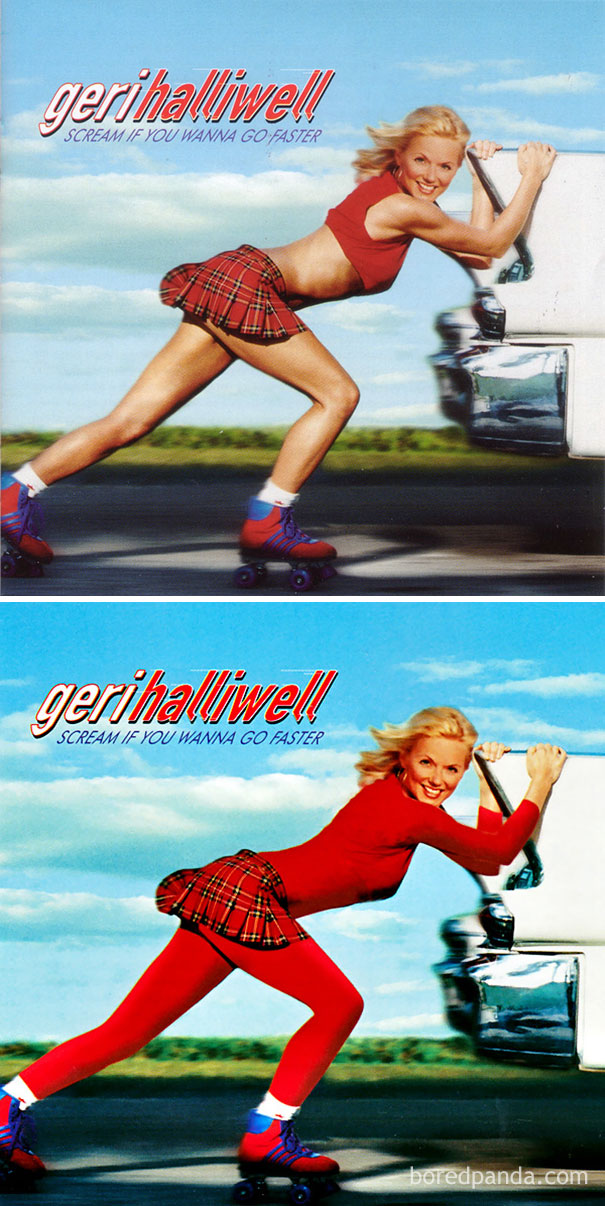 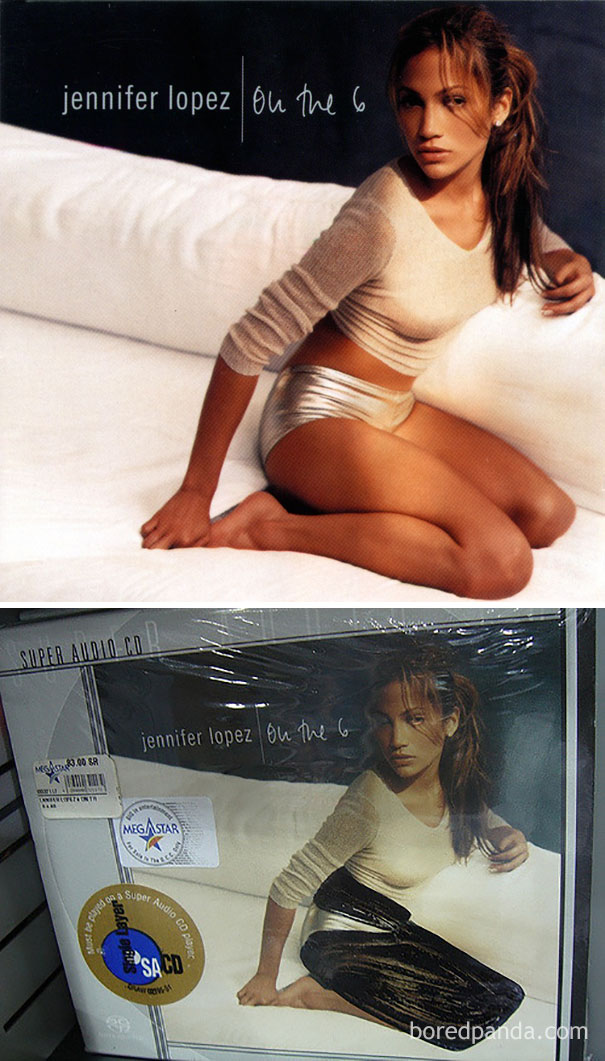 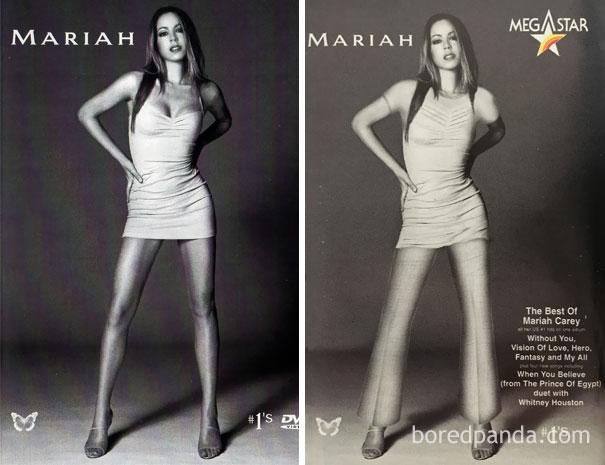 #26 Riana Grande – My Everything 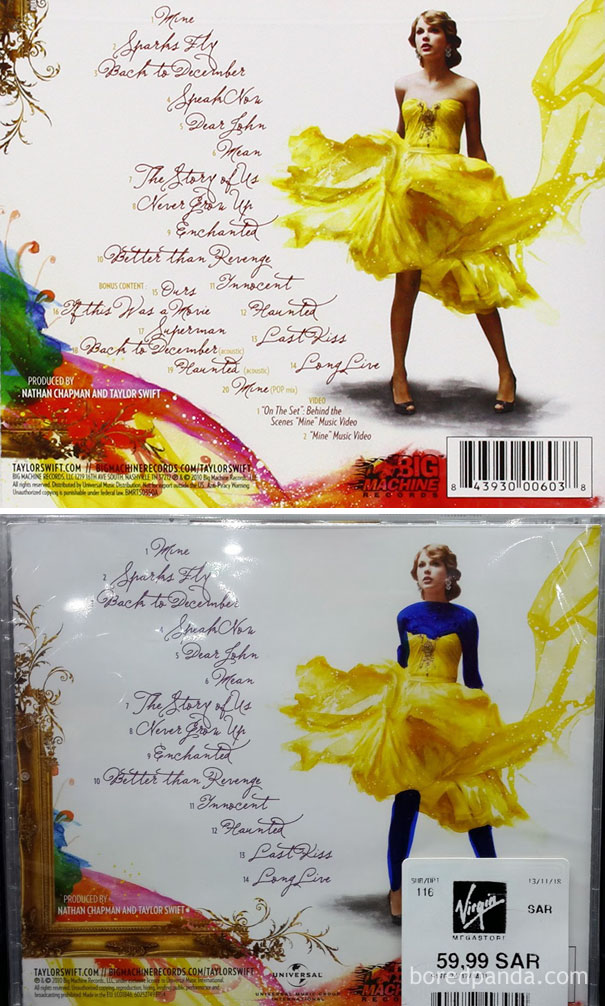 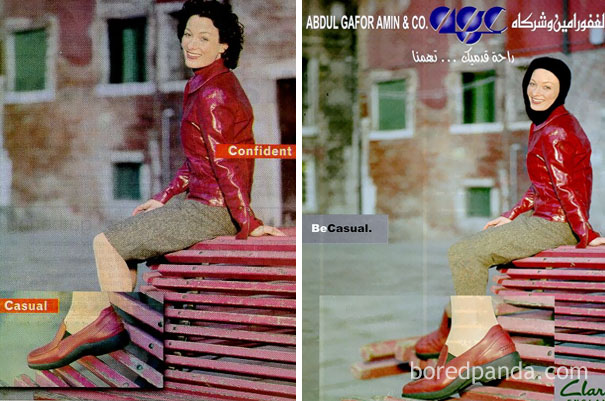 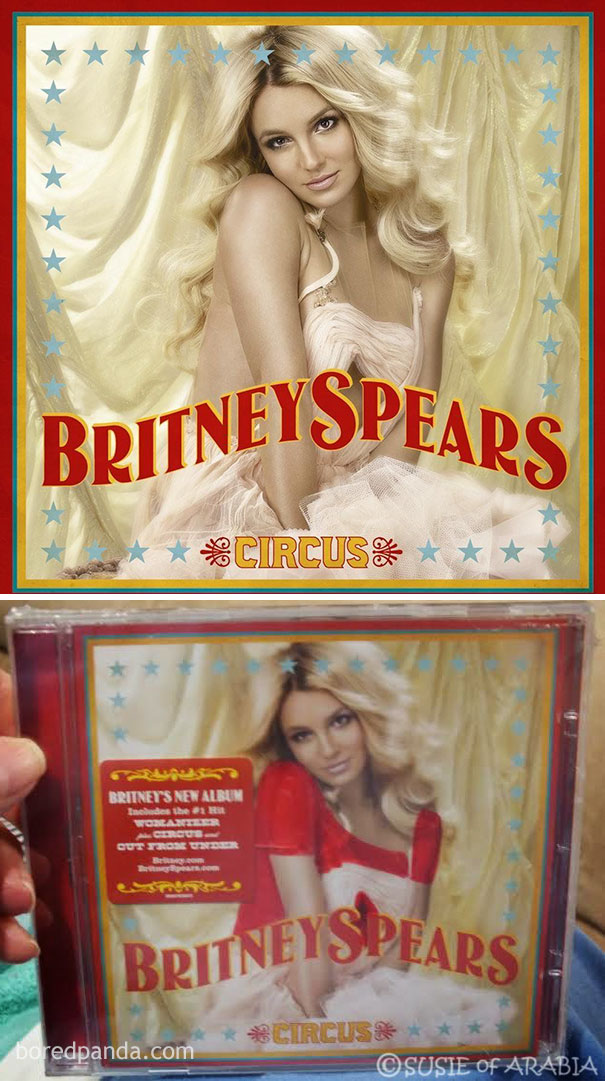 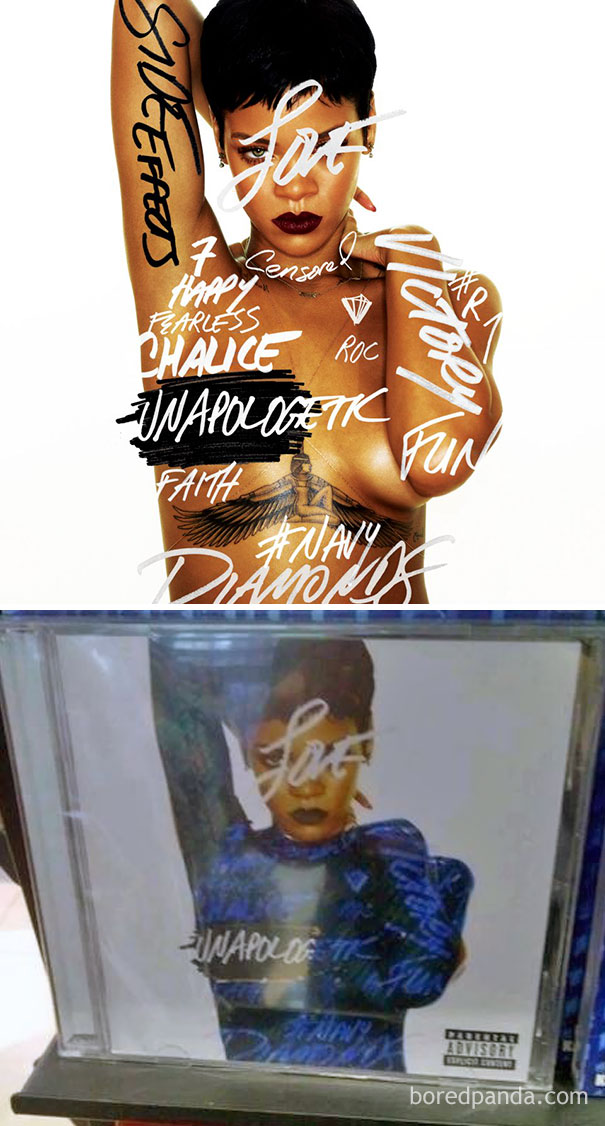 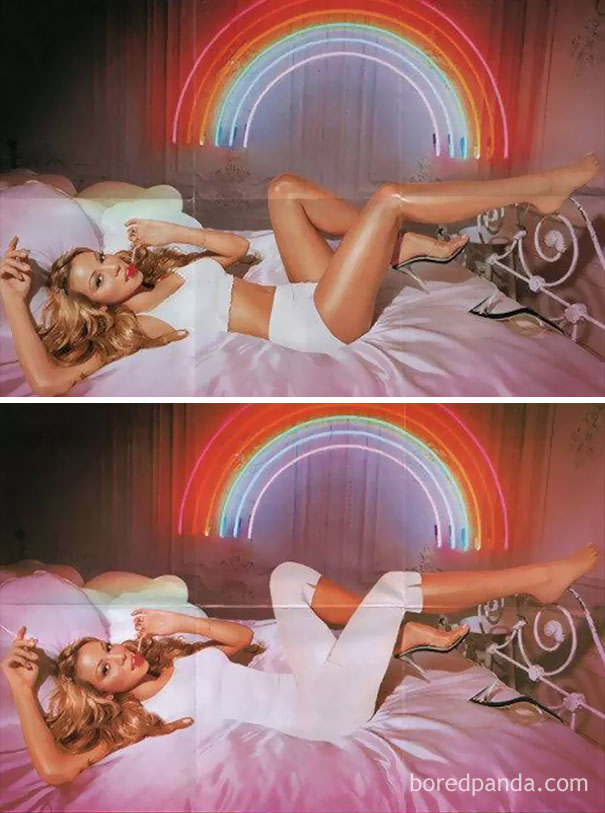 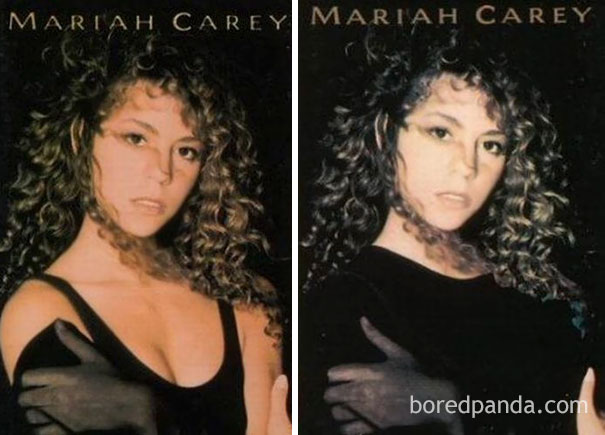 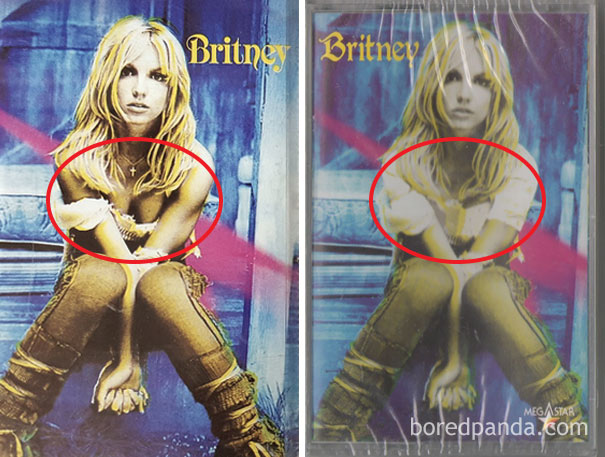 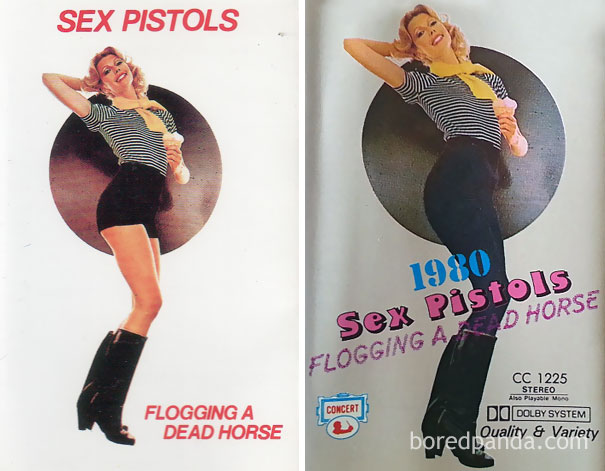 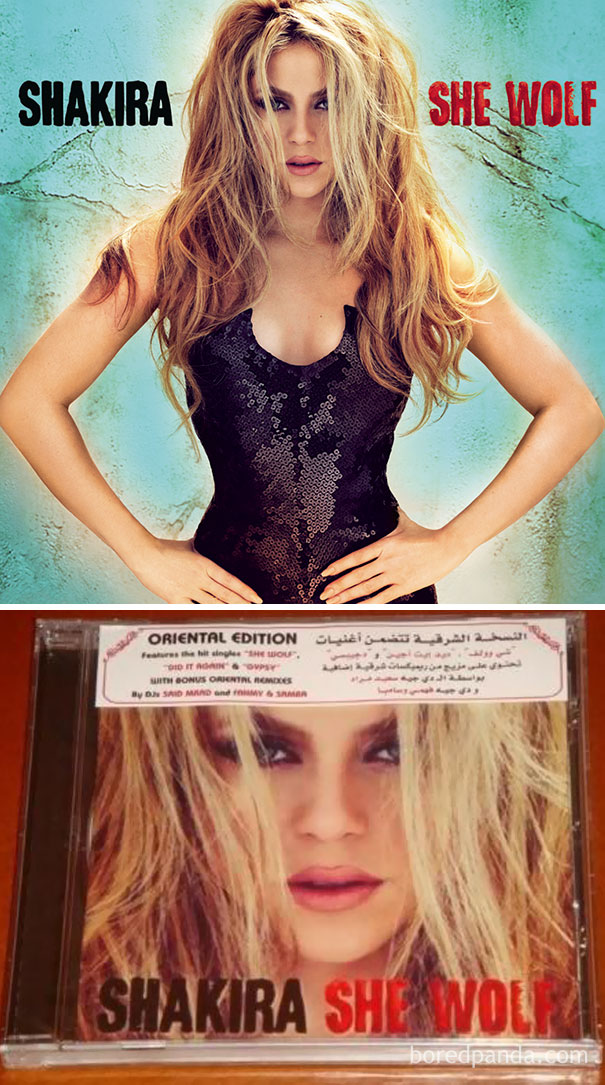 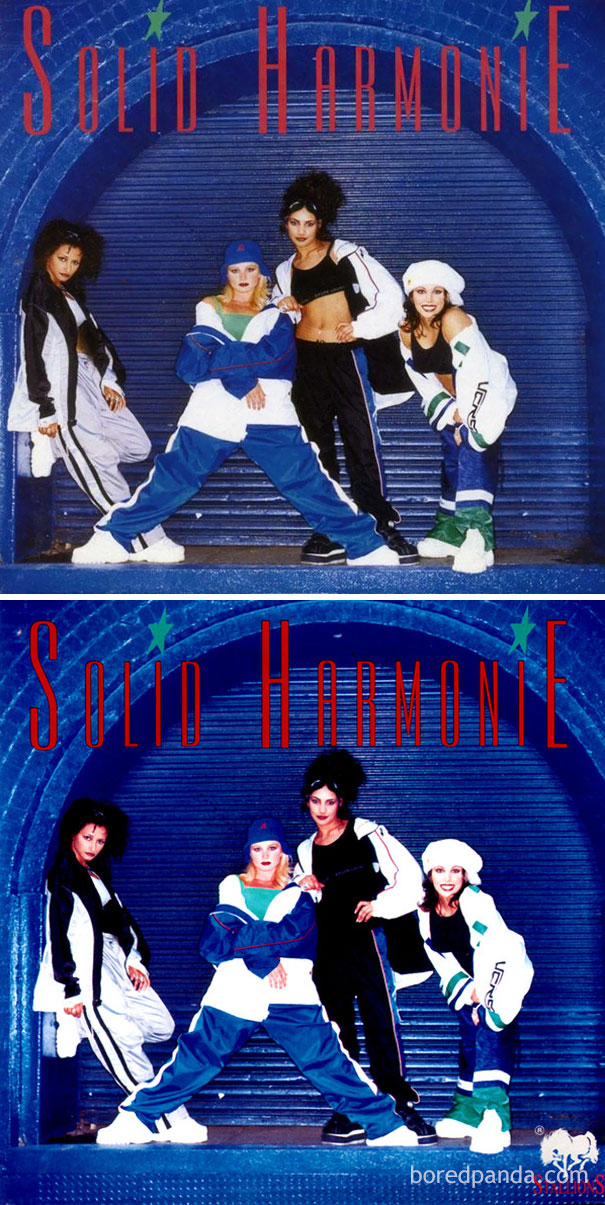 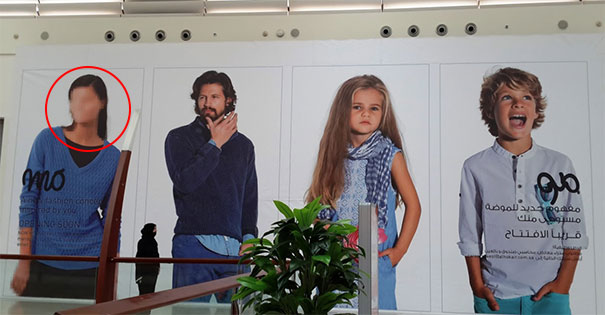 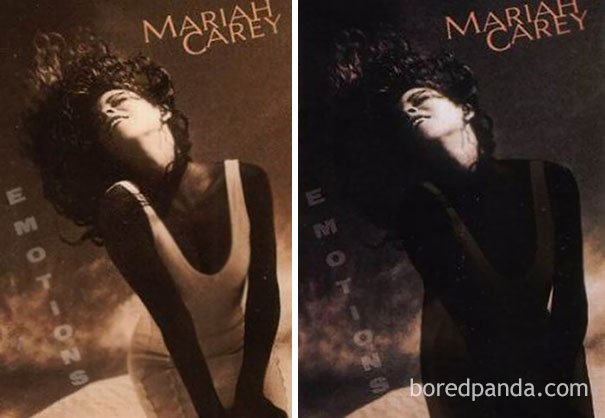 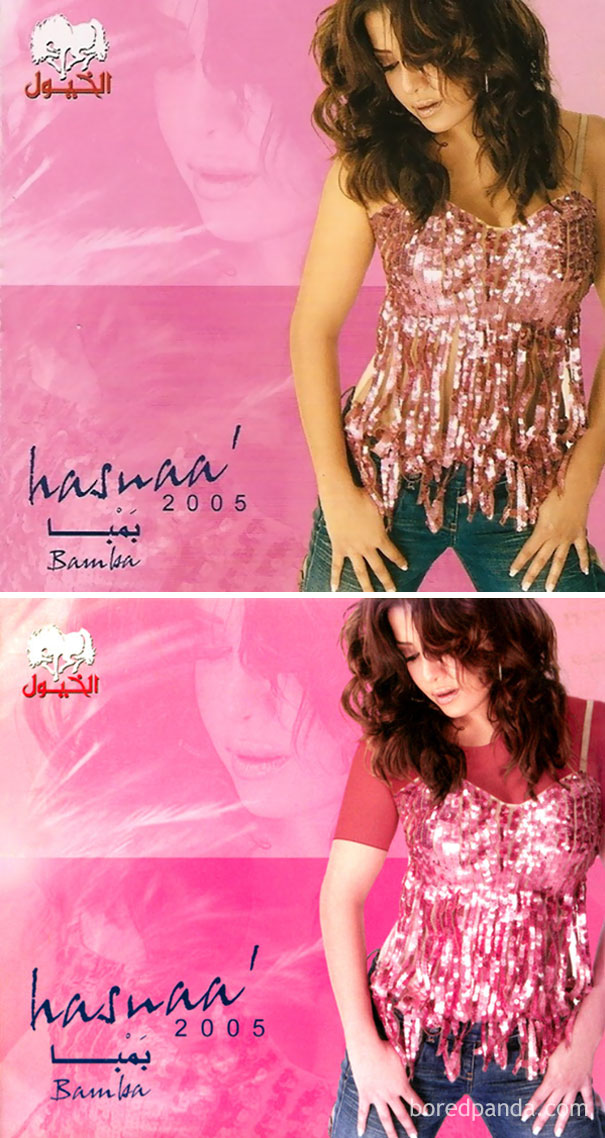