Even on a federal level, legal difficulties remain for couples living in states that don’t recognize same-sex couples’ marriages. One year after the Supreme Court struck down DOMA, Obama administration readies push to tie up loose ends. 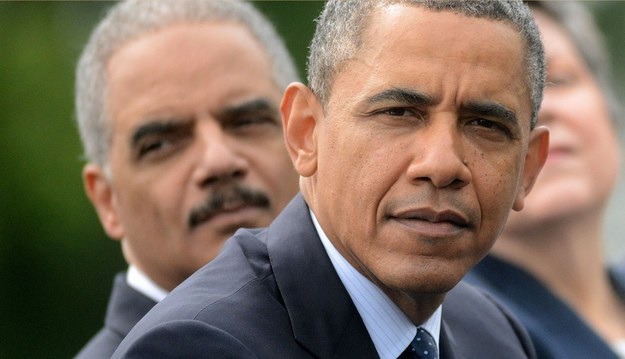 WASHINGTON — The Justice Department will announce this week that it has done all it can to recognize same-sex couples’ marriages and that Congress will have to act for final recognition — primarily within Veterans Affairs and the Social Security Administration — to take place.

In the meantime, though, those two agencies plan to announce Friday that they are taking steps at this time to provide the recognition for same-sex couples that they have determined is legally possible now, even in the absence of a congressional fix.

For instance, if a person married to someone of the same sex applies for Social Security benefits and moves from a state where the marriage is legal to a state that does not recognize the marriage, the Social Security Administration (SSA) is announcing it will not reassess the person’s eligibility status. The VA, for its part, will now allow same-sex couples in a “committed relationship” to be eligible for burial in VA cemeteries.

The Supreme Court ruled last June that the federal government’s ban on recognition of same-sex couples’ marriages in the Defense of Marriage Act was unconstitutional. President Obama then directed Attorney General Eric Holder to work with the various agencies and departments to provide recognition wherever possible.

Changes, from federal employees’ benefits to immigration to income taxes, that allowed married same-sex couples to receive the same treatment as opposite-sex couples were announced quickly in the months that followed. Notably, most policy announcements made clear that the marriages would be recognized by the federal government so long as they were recognized by the jurisdiction where the marriage took place — referred to as the “place of celebration.”

In a few areas, however, a more restrictive “place of domicile” rule applied by statute or regulation, meaning that the marriage would only be recognized by the federal government if it was recognized by, generally speaking, the state where the couple lives. Although some of the regulatory provisions have been changed over the past year to allow the more broad “place of celebration” rule to apply, Social Security and veterans benefits have limits under statute that the administration has determined can only be changed by Congress.

In a Thursday meeting with LGBT advocates at the White House, Assistant Attorney General Stuart Delery summarized the changes made — which are being presented in a brief report being released by the Justice Department this week — and addressed the specific areas in which the Social Security Administration and Veteran Affairs Department have been able to work around the “place of domicile” statutory restrictions to provide some benefits in the absence of a legislative fix.

A person familiar with Delery’s presentation provided BuzzFeed with a summary of the changes being announced in the two departments.

For both Social Security and Veterans Affairs, where the state recognizes same-sex couples’ marriages, then federal government will as well. The person noted, however, that even going that far in the VA required additional action because of the language within Title 38 — which governs veterans’ benefits — that had a DOMA-like limitation specific to veterans’ benefits. The administration, however, announced it would stop enforcing that provision following the DOMA ruling and a subsequent federal trial court ruling that the provisions in Title 38 were unconstitutional.

In addition to that expected step, the person explained, the administration has found a “supportable, legal basis” for allowing the SSA to not revisit an applicant’s state of residence if they move at any point during the application process or after. What this means, the person said, is that as long as someone is living in a state that recognizes same-sex couples’ marriages at any point while their application is pending, even if they move during or after that application process, SSA will not revisit their status or qualification for benefits based on having moved to a state that does not recognize their marriage.

Finally — in a decision that the source said impacts Colorado, Nevada, and Wisconsin — the administration found a basis for conferring all Social Security benefits to same-sex couples in those states. This decision is based on language in the Social Security Act that says that if a person is in a state, even if it doesn’t recognize marriage equality, that has other provisions in state law that allow a person to inherit from a same-sex partner on the same terms as a spouse, then SSA has the authority to confer full benefits.

In addition, the person said, the ability for a service member’s spouse to be buried in a VA cemetery is limited under law. Under a separate provision in law that allows the secretary of the VA to waive that requirement, the administration has determined that the secretary can do so and that it will allow any individual in a “committed relationship” with a service member to be buried in a VA cemetery. Similarly, the administration found a legally supportable basis to allow the stipend that would usually go to cover the cost of a veteran’s funeral to be paid out to the same-sex spouse even in a non-recognition state based on finding authority elsewhere in the VA law.

The changes being announced Friday, the person noted, are aimed at showing that the administration has been as forward leaning as it has determined would pass legal muster in order to provide recognition to married same-sex couples, regardless of where they live.

Nonetheless, the person said, the administration believes Congress will need to finish the job and make the statutory fixes necessary to providing full recognition. Specifically, the person noted legislation introduced by Sens. Patty Murray and Mark Udall to address the Social Security language and by Sen. Jeanne Shaheen to address the VA language. The other option, the person said, was the Respect for Marriage Act, which would go further than the issue-specific fixes to guarantee “certainty” of recognition by the federal government across the country.

A White House official confirmed much of BuzzFeed’s report early Friday, noting that the effort to make the changes post-Windsor “has been moving forward expeditiously.”

Specifically, the official noted that “the Justice Department will announce the completion of their overall review” on Friday.

Additionally, the official said that the Department of Labor will announce Friday that “it is issuing a notice of proposed rulemaking on the Family and Medical Leave Act, clarifying that an employee is eligible for leave to care for a same-sex spouse, regardless of the employee’s state of residence.”

The rule change is not the Labor Department’s first FMLA-related change after the Windsor decision. In August 2013, the department announced that FMLA leave was eligible to same-sex spouses if their marriage was recognized “in the state where the employee resides.” Friday’s rule change would expand that coverage even to those legally married same-sex couples who live in states where their marriage is not recognized.

Of the Justice Department review, the official said:

“In almost all instances, federal benefits and obligations for same-sex married couples will be provided, regardless of where the couple lives. There are a handful of provisions under current law that preclude the federal government from extending benefits to legally married couples regardless of where they currently live – the so-called “place of celebration” standard that we have been able to apply in almost all cases. …

“The Administration is calling for legislation to fix those provisions that prohibit legally married same-sex couples from enjoying the federal benefits they are entitled to. Examples of existing legislation that would help fix this problem include the Respect for Marriage bills introduced by Senator Dianne Feinstein and Congressman Jerrold Nadler, the Social Security and Marriage Equality Act introduced by Senators Mark Udall and Patty Murray, and the Veterans Affairs’ amendment proposed by Senators Mark Udall and Jeanne Shaheen earlier this year.”