It can be fun to send selfies to friends, especially when you look all cute and stuff, wearing that duckface in a new outfit and — wait, where was I going with this? Right: Be safe online. And if you’re on the receiving end, don’t be the jackass who shares private photos around. 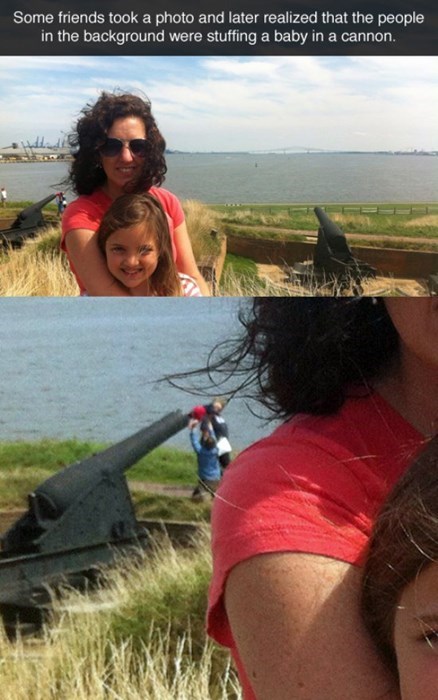 Ive always felt like a sitting duck while putting my kids in their car seats, and this assault on a mom in a Walmart parking lot who was doing just that makes me think maybe Im not so paranoid.

I dont know about you, but I have ALWAYS felt vulnerable in store parking lots while buckling my kids into their car seats. Ive felt many, many times that while Im leaning into the car, my back to whatever or whoever might be approaching me, hands occupied by a wiggly toddler and car seat buckles for 20 or 30 seconds, that I am a sitting duck. Twice when in this situation I have been approached by people asking for money, and it made me made not because they were asking, but because they knew I was stuck where I was for long enough for them to do so, and as my back was to them, they also startled me. So am I just being overly paranoid?

According to news reports out of Kansas City, I may not be THAT paranoid. Yesterday, a 39-year-old mom was attacked by two men in broad daylight in a Walmart parking lot there, as she buckled her baby into its car seat. Her attackers approached her from behind and hit her on the head. Fortunately, the blow did not knock her out, and she began screaming, which grabbed the attention of two Good Samaritans.

WTVR reported that as one bystander came to help, one of the attackers shot him multiple times. Then another bystander, who happened to be armed with a gun of his own, then shot and killed the gun man while the other suspect fled on foot. Thankfully, the baby was not harmed, and the mother has been treated for her injuries and released.

The hero who was shot by the assailant is a 33-year-old Iraq War Veteran. The other Good Samaritan who shot and killed the gun man was questioned by police and released. He will not face charges for his heroic acts.

Police have arrested and charged a second suspect, believed to be the attacker who fled after his accomplice was shot.

I am so thankful that this mama and baby are safe! This isnt intended to be a gun rights post, but I am also so thankful that there WAS a good guy available to save the mom and babys lives. Moms, please be aware of your surroundings when youre spending the extra seconds we all HAVE to take to get your kids securely buckled in their car seats. This story has seriously gotten me thinking about taking some self defense classes for sure!

About the Author:Jenny Rapson is a wife and mom of three from Ohio and the editor of For Every Mom. You can also find her alternately griping and gushing about her kids at her own blog, Mommin’ It Up.You can email her at [email protected], or follow her on Twitter.