Theres nothing better than scaring the shit out of your significant other with a truly epic prank.

Recently, this makeup enthusiast from Fort Worth, Texas was watching a Yoda makeup tutorial when she came up with a brilliant prank to pull on her boyfriend.

Galvan got to work on her prank by, first, gathering up some makeup tools and an Elmers washable glue stick.

Then, she told her boyfriend about her eyebrow-shaving intentions and sent a picture to prove she was dead-ass serious. 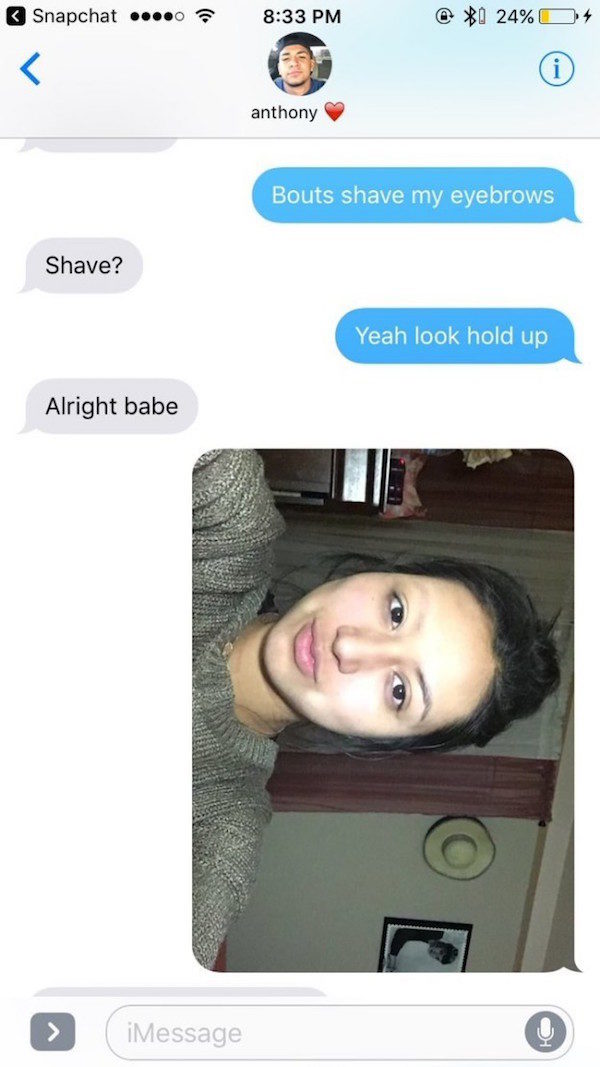